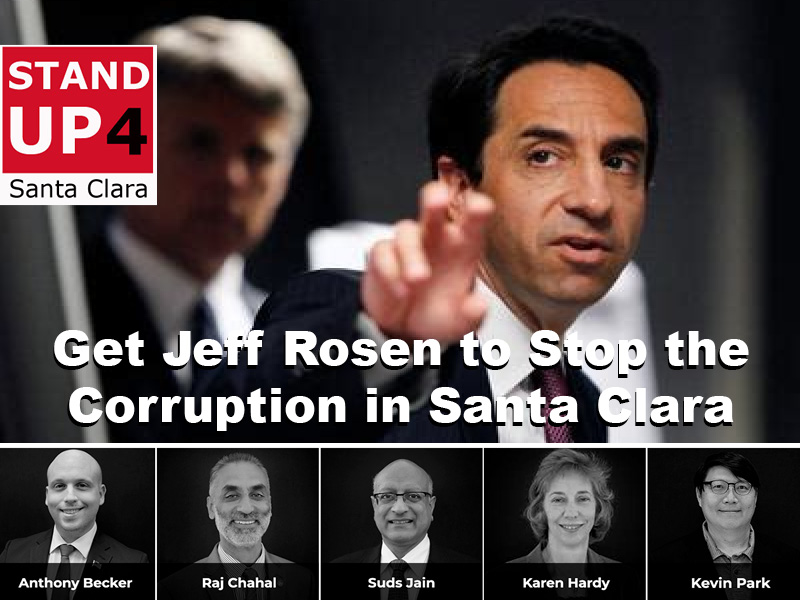 On Oct 10, the Civil Grand Jury released a scathing report about how city and state ethics laws may have been broken by these five Santa Clara City Councilmembers:

On Oct 17, Mayor Lisa Gillmor introduced an “Anti-Corruption Reform Plan” that called for an independent citizen’s Ethics Commission.  But Becker, Chahal, Jain, Hardy, and Park voted to bury the proposal and instead attacked the Grand Jury.

Please Sign Our Petition and ask him to investigate the Grand Jury’s report findings.