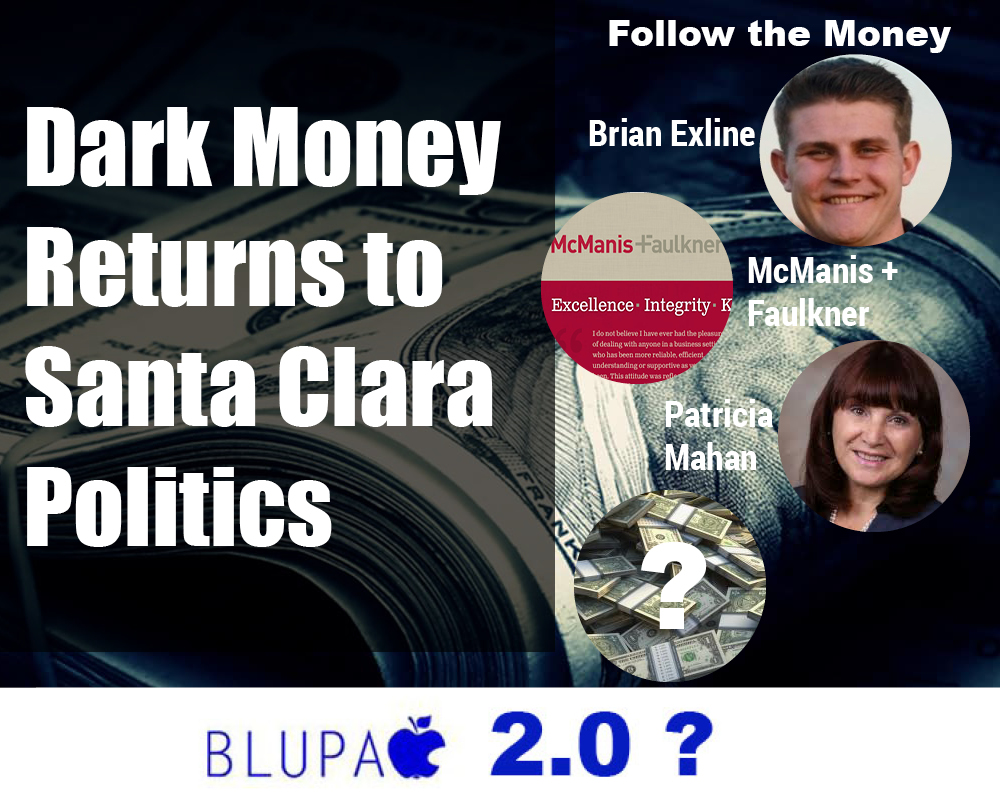 Yesterday, a law firm with connections to the 49ers filed a frivolous lawsuit against Mayor Lisa Gillmor about how she files her economic interest forms.

But they filed a lawsuit anyway — just two weeks before the election when Mayor Gillmor is on the ballot.

This reminds us of 2016 when the dark money group call BluPAC was sending negative mailers and text messages to Santa Clarans to try to buy our city council elections. The dark money group had numerous ties to the 49ers. The team would not deny their involvement in funding BluPAC.

Now, McManis Faulkner, a major San Jose law firm (with annual salaries of approx. $9.3M), is filing the lawsuit against Mayor Gillmor on behalf of Brian Exline — a Santa Clara University law student.  It’s not believable that Mr. Exline is paying the firm. So who is? Is it the 49ers? McManis Faulkner recently worked on a project for Santa Clara City Council Member and former Mayor Patricia Mahan. Is this the equivalent of “dark money” being used in our judicial system?

Let’s hope the true source of funding is uncovered. Above all, let’s hope that voters reject someone using a frivolous lawsuit right before the election. I think they will and Mayor Gillmor will enjoy a big victory on election night.